Patrick D'Orazio's  Review of Tim Long’s “Among the Dead” 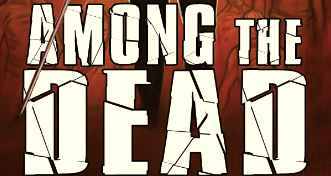 Among the Dead is the sequel of Tim Long’s zombie apocalypse novel Among the Living, which takes place in Seattle in the initial hours and days after patient zero is infected with an experimental cancer vaccine.  The first book followed four separate story lines, telling the individual tales of Mike, a reporter, which is in first person, and a trio of other characters told in third person: Lester, a drug dealer, Kate, a budding serial killer who tortures and kills men in hotel rooms, and Grinder, the lead singer of a heavy metal band playing a gig in Seattle.  Much of AtL takes place before and during each character’s realization that the zombie apocalypse is upon them.  It provided the reader with insights into their normal, everyday lives before they kick into survival mode and witness firsthand how both their lives and the city is falling apart all around them.  The zombies in this story are a mixture of fast and slow movers, with those initially infected retaining most of their normal physical abilities and then slowing down as they begin the process of rotting away.
The first book ended with the quartet coming together-their stories intersect as they are rescued and put into the football stadium by the military, along with the rest of the huddled masses who have managed to escape turning into the undead.  Among the Dead, being the second book of a trilogy, serves up a different type of tale, with what amounts to a single day for the quartet-a day that each of them attempts to survive from moment to moment as the undead overwhelm the city around them and threaten to overwhelm the stadium as well.