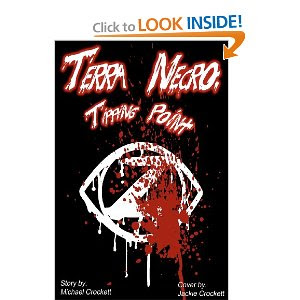 Synopsis: Ian Ward was at a low point in his life. Recently discharged from the Navy as the Shakes Virus went global, he narrowly missed the military's general order that all military personnel were required to take the controversial vaccine. With little cash and no prospects, he ended up as a dishwasher in a greasy spoon diner, smack in the middle of nowhere. The only bright spot in his life is a beautiful, kind waitress named Roxanne. She is everything he ever wanted in a woman, but seems determined to keep him at arm’s length. Then, those who were administered the vaccine suddenly began to get sick and die. Riots swiftly broke out around the globe, many of which turned violent. As aggression rose, so did brutality levels. Then, the dead began to rise and attack the living. Something is terribly wrong with the vaccine originally meant to save humanity, and all those who took it are dying and becoming zombies. Now, the world is a nightmarish tragedy of the walking dead, hungering for flesh, and all-too-human monsters, who have realized the only law is survival of the fittest. And caught in the middle are Ian and Roxanne.