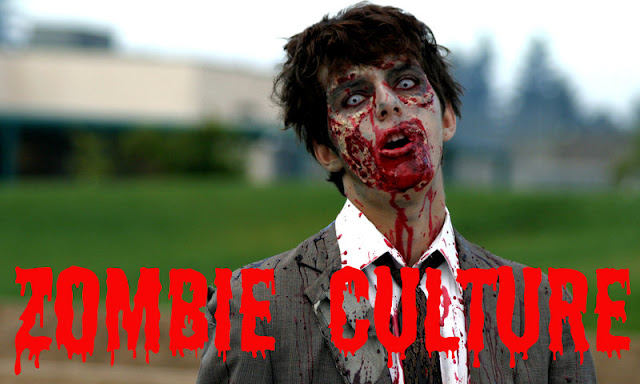 A pop culture trend that has been taking over all forms of media lately is that of the apocalypse. Even though the end of the world prophesied by the Mayan calendar did not occur, society remains obsessed with the concept. Many movies, novels, and video games depict a devastated and ruined world brought about by aliens, biological or nuclear warfare, zombies or some other strange plot device. However, in the last decade, zombies have been the prevailing theme.
Dozens of computer games, films or popular television shows about the zombie apocalypse have appeared and won approval from the masses. Zombies have stepped out of the confines of their traditional role in horror B movies, but as the third season of “The Walking Dead” continues, and the strange zombie-romance-comedy combination “Warm Bodies” reaches movie theaters, it seems that people are becoming tired of the decaying undead. Rather than commit zombies to a final grave, we should instead be more finicky about what zombie media to which we choose to dedicate ourselves.
Much like the rise of wizardry in young adult fiction after “Harry Potter” or the more recent (and more contemptible) surge of vampire romance as a result of “Twilight,” the zombie trend has fed off its earlier successes to become too vast and quite tiresome. And similarly to these other genres, we must sort through it all to find the gems amidst the rubble.
The undead fit nicely in their small cultural niche when they were found only in horror films And, even when zombies first became common in other forms of media, it was pleasantly refreshing. For example, when the film “Shaun of the Dead” was released in 2004, its comedic view of an undead uprising was warmly received. The book “World War Z” by Max Brooks also dismissed previous boundaries of the living dead genre. As a fictional collection of narratives (in the style of Studs Terkel’s oral histories) about a post-apocalyptic world, the book was innovative and wildly successful.
From that point on, it seemed that the zombie movement was unstoppable. Every other book in stores and movie in theaters was filled with stumbling, rotting, risen corpses. Many people laughed incredulously when novels like “Pride and Prejudice and Zombies” hit shelves. Though some have loyally stood by the genre through all its twists and turns, most people seem ready to abandon it completely. However, if you simply recognize that two or three books, video games, or movies are worthwhile and ignore the rest, the living dead genre retains its value.
With literature, unless you are an avid zombie-fiction reader, it seems safe to stick the novels that are most highly reviewed. The aforementioned “World War Z” is a great start, and other series such as “Autumn” by David Moody are recommended as well. You might even enjoy “Pride and Prejudice and Zombies” if silly and campy is what you are looking for. Just be careful not to delve too far into zombie literature because you will inevitably reach subpar writing and cliched plotlines.
Film, having also taken advantage of the undead surge, should be considered carefully before consumption. Movies such as “Resident Evil” have always gotten negative reviews but obviously have a strong following as they continue to be produced. “The Cabin in the Woods,” though not strictly a zombie flick, has intriguing twists and plot points that set it apart from others in its genre. The film “Warm Bodies,” to be released Feb. 1, seems tacky and ridiculous. But, similar to “Pride and Prejudice and Zombies,” it might be exactly what some people want to see.
In video game culture, the overuse of the zombie genre is a little bit easier to overlook. Mowing down the evil living dead with whatever weapons are available can be enjoyable even if the plot is a little stale. But if you are looking for something that differs from classic zombie gaming, there are a few options. “The Walking Dead” video game, styled after the comic series, is a refreshing take on the zombie apocalypse where the classic “good versus evil” scheme of decision-making games is tricky and convoluted. Fantastic cinematic, dialogue and voice acting get you more involved in the storyline than the action in this unique game. “ZombiU” for Nintendo’s latest console is a more standard survival-style game but offers engaging combat and multiplayer gameplay that have hooked many players.
So though you may be ready to discard the zombie theme entirely, try instead to separate the cliched from the original. The genre is still evolving, and once the surge of undead media slows down, you will be glad you were able to appreciate the innovative films, books and games while wisely ignoring the less worthy aspirants.