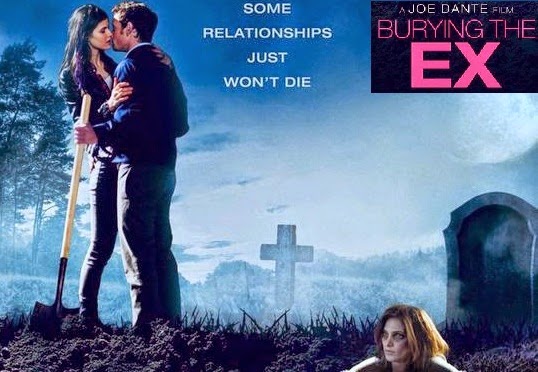 The upcoming horror comedy Burying the Ex (in theaters and available via video demand June 19) has two things going for it. One, it’s directed by the legendary , the master behind such classics as Gremlins, Innerspace, The Howling and many other movies children of the ’80s watched endlessly on VHS. And two,  goes back to being one of the undead after playing a vampire who can see the future in the Twilight films. (Forget Bella and Edward — we all know Alice Cullen was the BEST character in that saga.)
In the new flick, Greene plays girlfriend from hell Evelyn to nice guy Max (), who is afraid to break up with her after they move in together. Fortune seemingly strikes and she dies in a freak accident, leaving him free to court the fair Olivia (), but then zombie Evelyn shows up wanting to win her man back.