Why Does the Zombie Apocalypse Fascinate Us? 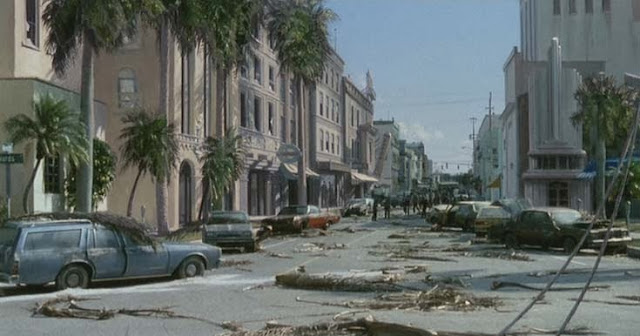 Last summer, I worked a chef job in Melbourne's city center. The front window of the restaurant faced Lonsdale street. One day, a bloody, ragged woman staggered across the window’s clear expanse. She wasn’t alone.

People limped past the window for hours. The zombie parade had come to Melbourne’s streets. These “zombies” ranged from serious make-up effects on body actors to smiling pre-teens splattered with fake blood. One of the chefs I was working with cracked jokes about getting his zombie kit together while smiling and waving to the participants.
I couldn’t stop watching and wondering what might actually occur if that staggering line of people were composed of actual zombies instead of happy Australians. I wasn’t the only one who kept looking up. The apocalyptic vision of zombie plagues or outbreaks have been an insistent topic in entertainment and the media, from George Romero’s The Night of the Living Dead to AMC’s The Walking Dead to the growing popularity of the Zombie Run. I began to wonder, what is the deal with our zombie fascination? What could be so compelling about this idea that people are willing to pick an arbitrary day to dress up (with serious effort) and stagger through the streets of a city center? Could the zombie apocalypse resemble an idea or a fear we see in reality? Is there something about the way they’re supposed to walk, the insatiable, mindless hunger, or the way we deal with them that tells us a little about what we’re afraid and not afraid of in our everyday lives? I think so.
The Earth’s population has experienced a dramatic and continual spike in the last decade. According to some estimates, the world’s population, at its current growth rate, will reach 9 billion by 2040-2050. This explosive growth and its potential for overpopulation is an issue with staggering complexity and the root of that problem is, quite simply, the people who compose the population. In other words, we could be a big, hungry problem for the planet and more importantly, ourselves. Can you imagine a big, hungry world population mindlessly consuming itself? Oh yeah, I think you can.
Humankind are consumers. We eat and eat and eat and even if we don’t know how to consume an energy source, we often go so far as to spend vast amounts of time and resources to make it possible. We take pieces of the world and pull them apart to feed our own insatiable appetite for energy. It looks like a hungry zombie, tearing apart a corpse to feed its sub-human hunger. In some zombie films and shows, the zombies become active, shuffling and snorting into an awakened state, when “food” (us) is sensed nearby. With that trademark slow, shuffling gait they unthinkingly pursue their source of energy. If they can catch a human, they congregate around it and eat until the food is all gone. If the zombies had their way, they’d run out of food pretty fast.
And we’re taking pretty heavy bites out of our energy sources. At least that’s what it looks like. The resources we use on a daily basis, to build our identity as modern humans, are currently consumed at an unsustainable rate. Every time I leave the water on a little too long or forget to turn off the lights before I leave, there’s a little nagging doubt in my mind. It wonders if the world is going to be okay. It wonders if we’re eating our world up too fast and in a single-minded manner. In the zombie, I see that our conscience has fears about a catastrophic world event, an uncontrollable outbreak that turns our own growing tide of hunger against us.
We’re scared of ourselves at times. And we should be. The zombie apocalypse is a scenario we use to cope with some of those fears. Our population has grown explosively like the zombie population would. We’re hungry and there are times we consume resources unthinkingly, gravitating towards the “food” because our bodies want it. We’re not doing an excellent job of replenishing what we eat. I see that, like my co-worker, we often want to see ourselves as the survivors because this is compelling and entertaining. Yet there are also many people who can see themselves as the undead. It’s a fun way to put a form to a faceless, complex problem.
Perhaps the zombie hunger is real and it’s already here. We just have to start bashing mindless hunger in its smelly head whenever we see it because, then, we’re the survivors.