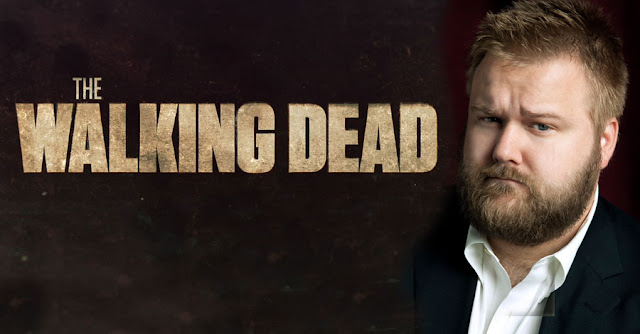 AMC wants to keep "The Walking Dead"creator Robert Kirkman close at hand for a while longer.
According to The Hollywood Reporter, the writer has signed a multiyear overall deal with the cable channel that will see him continue as executive producer of the hit "Walking Dead" and its upcoming spinoff "Fear the Walking Dead" while developing new projects.
A series based on Kirkman's Image Comics/Skybound Entertainment heist comic "Thief of Thieves" has been in the works at AMC since 2012.
The news arrives just two weeks after it was announced Kirkman has joined the brain trust for Paramount Pictures' planned "Transformers" cinematic universe, where he'll help to develop and write prequels, sequels and spinoffs.
The new agreement with AMC reportedly excludes adaptations of Kirkman's horror comic"Outcast," already in development at Cinemax, and David Schulner's "Clone," destined for Syfy.
Kirkman's Skybound also signed a two-year first-look deal in April with Universal Pictures.
"Robert Kirkman is a remarkable creative talent, a partner and a friend," Charlie Collier, president of AMC and SundanceTV, said in a statement. "We at AMC feel so fortunate to be working with him in-house and — beginning this summer, among other shared endeavors — extending our fight against the zombie masses to another major metropolitan area."