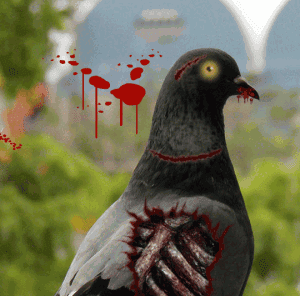 By using a museum specimen DNA, a group of geneticists are hoping to bring back life an extinct passenger pigeon.

With a view to ‘rescue’ endangered and extinct species that went from billions to zero in just a few decades, a non profit organisation namely Revive & Restore aims to use genetics.

An attempt to revive an extinct animal using museum specimen DNA, the Great Passenger Pigeon Comeback is the first project by the organisation. The technique could be used to bring back hundreds of other extinct species if proved successful.

“The goal … is to bring the passenger pigeon all the way back using the genome of the band-tailed pigeon and state-of-the-art genomic technology,” Revive & Restore explained.

“The genomes of the two birds will be compared in close detail, to determine which differences are most crucial. The data and analysis will begin with the process of converting viable band-tailed DNA into viable passenger pigeon DNA.”

The passenger pigeon was chosen mainly because it was hunted to extinction by humans in the early 1900s. The flock being one of the rare species was spotted in Ontario in 1866 taking 14 hours to pass.

Upon arrivals of Europeans in North America, it was

estimated as existence of 3 to 5 billion Passenger Pigeons.

The passenger pigeon was termed as a ‘model species’ at the ‘optimal mddle ground of ease and difficulty’ by the organisation while picking a species.

“An extinct mouse would be an easy win for de-extinction, but it does not challenge us to produce the methods necessary to revive birds or reptiles,” they said..

The experts are looking for the most viable full genome sequencing candidate after analysing the DNA of 12 passenger pigeons trying to assemble the full genomic code.

“We are now initiating research designs for the isolation and culturing of band-tailed pigeon primordial germ cells, which are necessary to perform the genome engineering to create passenger pigeons,” they added.

“Based on our results, we hypothesize that ecological conditions that dramatically reduced population size under natural conditions could have interacted with human exploitation in causing the passenger pigeon’s rapid demise.”