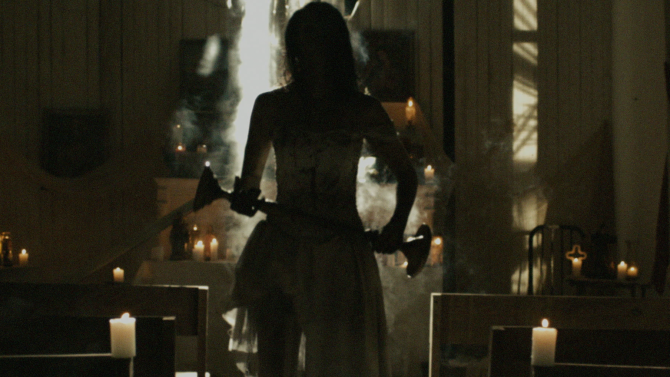 Zombies are coming to Mun2.
Telemundo’s cable sibling is undergoing an image makeover to add more edge to its programming in a bid to gain broader distribution for the NBCUniversal cabler.
Ruben Mendiola, the new head of the channel, aims to position Mun2 as a Spanish-lingo FX, offering a little more intense drama fare than the channel has in the past.
Central to that effort is “Maria Entre Todos Los Muertos” (Maria Between All of the Dead), a drama that takes a page from AMC’s “The Walking Dead.” Sports will also be a big component of the new-model Mun2, from soccer to NASCAR to NBCU’s Olympics offerings.
Mun2 is also preparing a reality show about Mexican superstar singer Gloria Trevi, whose real life has been worthy of a telenovela in recent years between being a fugitive in South America to serving seven years in prison before being released from prison in 2004.
Mendiola, who previously ran Comcast’s multicultural channel business, said with the growing clout of the Hispanic demographic, the “time is right in America” to have a general entertainment cable channel aimed at serving Latino auds primarily in Spanish. His goal is to break Mun2 out of Spanish-language tiers and gain broader distribution.
“Maria Entre Todos Los Muertos” (pictured) is sure to get some attention. Mendiola said mining the zombie-hunter milieu was a natural for Mun2, given the huge ratings that “Walking Dead” racks up in Hispanic TV households. Mun2’s spin revolves around a young woman who wakes up after a disastrous wedding day to discover that a zombie plague has taken over her country.
In the clip that ran Tuesday night at the Telemundo upfront presentation in New York, Maria battles zombies in her tattered wedding dress, with plenty of decolletage on display. Series was created by Marlon Quintero for CIC Media.
The Trevi reality series follows the tempestuous as she prepares for a tour of the U.S. There’s no word yet on a premiere date. It hails from the production company, Cinemat, behind Mun2’s “Larrymania” reality skein.
Also on Tuesday, Telemundo named Luis Silberwasser, a Discovery Intl. veteran, as president of the Telemundo broadcast network.
The changes at Telemundo and Mun2 come as part of a broader restructuring of NBCU’s Hispanic media assets under the direction of Joe Uva, who joined the Peacock as chairman of Hispanic Enterprises and Content early last year.

~variety.com
Posted by Zombob at 8:24 PM