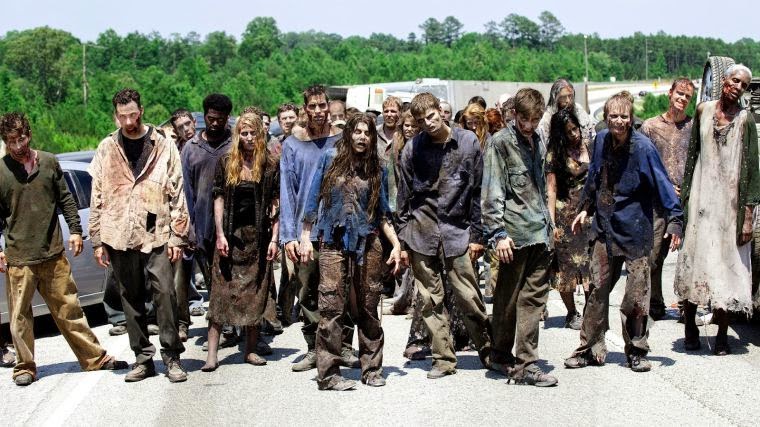 It’s the zombie apocalypse and lucky you can be a part of it.
That’s the message from an Owatonna filmmaker who said he will be fulfilling a lifelong desire when he starts shooting a zombie movie right here in Owatonna later this year.
“I’ve always loved zombie films and love apocalyptic film,” said Hamid Torabpour at a recent audition for the as-of-yet-untitled movie.
The auditions, held over a three-day period at the Owatonna Country Club, attracted would-be actors from the Twin Cities, many of whom has more modeling experience than experience on the stage or in front of a camera.
But that didn’t deter Torabpour.
“Our goal is to cast Hollywood names,” he said.
No, not perhaps the A-list names, but names nonetheless. And that takes money.
More about that in a minute.
This won’t be the first film that Torabpour has written and produced. Last spring and summer, he filmed “To Say Goodbye” also here in Owatonna — a film that Torabpour described as one that raises the awareness about the impact of suicide on those who are left behind.
“After the suicide film, I needed something fun,” he said, “something not so heavy.”
Fun? Zombies?
According to Torabpour, yes, zombies — the undead creatures who like to feast on human flesh, particularly human brains — can be fun.
And yes, his film will have what he calls “zombie elements,” though exactly what those elements are he is playing close to the chest. He does promise, however, that his movie will be a zombie film with a twist.
“There’s never been a zombie movie that puts the characters through what we put our main character through,” said Torabpour.
And that, he says, is essentially because of the money factor.
“The story is what’s going to separate us from other zombie films if we don’t have $25 million to spend,” he said.
And, no, he doesn’t have $25 million. He doesn’t even have the $300,000 he expects it will cost him to make the film — at least not yet.
So how will he raise the money?
The same way he raised money for his earlier film, and that’s where you come in.
When he sat out to raise the funds for “To Say Goodbye,” Torabpour held a couple of Color Dash events in Owatonna.
To the uninitiated, the Color Dash is a 5K run in which participants get spattered, spotted, splotched and otherwise speckled in a spectrum of colors. At every kilometer in the race, runners — or walker, for that matter — will be “hit” with “color,” which is actually a mixture of corn starch and food coloring.
The Color Dashes that he organized and held in Owatonna in the push toward production of his first film raised the $80,000 he needed for the film. The increased budget for his next project will allow him to have some special effects that weren’t needed in the first film but definitely would be needed in a film featuring the undead.
“I don’t want to be the guy who calls up and says, ‘I need some money to make a movie,’” he said.
So instead, he’ll be hosting another Color Dash. And like the movie he’s making, the Color Dash will have a twist.
He’s calling it “Zombies by Color Dash.” Instead of just running the route — this time a 6K — and getting hit by color, the runners and walkers will be trying to keep from getting hit by color as they weave through the course and duck and dodge obstacles.
Why avoid the color?
Because those throwing the color will be zombies — not real zombies, of course, but regular people dressed up like zombies. And, as their website says, “if you get too much color, you will join the posse of the UN-Dead.”
After the last runner has crossed the finish line, there will be a group rendition of the Thriller dance.
“It will be like a real apocalypse,” Torabpour said of the Zombies by Color Dash event. “It will be an amazing day, something that’s never been done before.”
But wait. There’s more.
Everyone who participates in the Zombies by Color Dash event will be invited back this fall to be an extra in the zombie movie that Torabpour is producing.
“Anyone who comes to (the zombie run) is guaranteed to be an extra,” he said.
The Zombies by Color Dash event will take place on Saturday, Aug. 2, in Morehouse Park. The registration and packet pickup is from 1 to 4 p.m., with the dash — or should we say “apocalypse” — starting at 4 p.m.