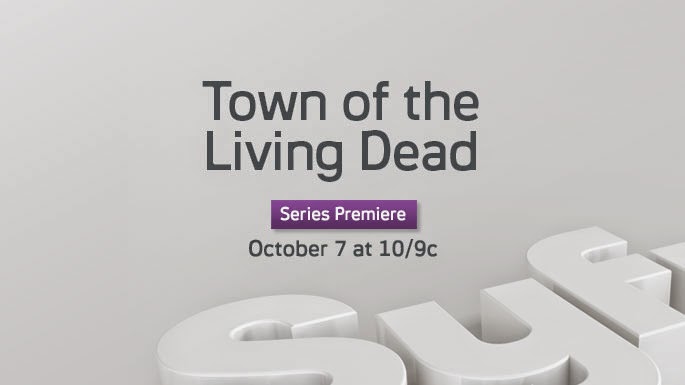 NEW YORK – Syfy has announced a new unscripted series, the comedic docuseries Town of the Living Dead (WT), which follows a small Alabama town trying to complete their own independent zombie movie – which has been six years in the making.

In Town of the Living Dead, premiering Tuesday, October 7 at 10PM, the colorful folks of Jasper, Alabama are determined, once and for all, to complete their zombie movie, Thr33 Days Dead… now six long years in the making. Based on a town urban legend, their film centers on a group of friends trying to survive a zombie apocalypse in rural Alabama. The series will follow the intrepid and motley crew of amateur filmmakers as they struggle against every obstacle imaginable to get to a final cut of their film…which could someday become a movie!
Production company: True Entertainment (The Real Housewives of Atlanta, Season 25: Oprah Behind the Scenes). Executive Producers: Glenda Hersh, Steven Weinstock and David Stefanou.

Syfy is a media destination for imagination-based entertainment. With year round acclaimed original series, events, blockbuster movies, classic science fiction and fantasy programming, a dynamic Web site (www.Syfy.com), and a portfolio of adjacent business (Syfy Ventures), Syfy is a passport to limitless possibilities. Originally launched in 1992 as SCI FI Channel, and currently in 96 million homes, Syfy is a network of NBCUniversal, one of the world's leading media and entertainment companies. NBCUniversal is a subsidiary of Comcast Corporation. (Syfy. Imagine greater.)