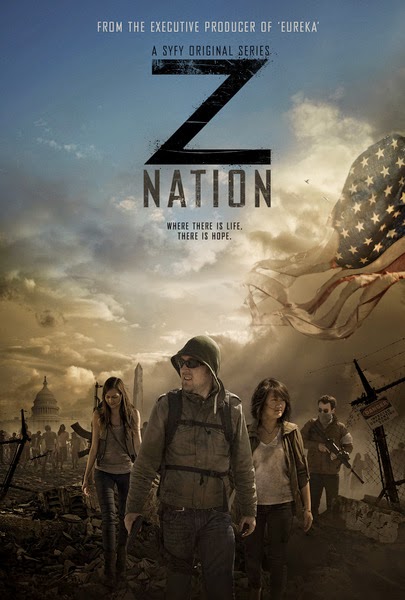 In Z Nation, three years have passed since the zombie virus has gutted the country, and a team of everyday heroes must transport the only known survivor of the plague from New York to California, where the last functioning viral lab waits for his blood. Although the antibodies he carries are the world’s last, best hope for a vaccine, he hides a dark secret that threatens them all. With humankind’s survival at stake, the ragtag band embarks on a journey of survival across three thousand miles of rusted-out post-apocalyptic America.
Perrineau will play Hammond, the leader of the group headed west; Scott portrays Garnett, Hammond’s second-in-command; and Qualls plays the role of Citizen Z, a computer hacker who joins the team and helps them navigate the zombie-infested terrain. Welch and Smith are Mack and Addy, respectively, two disparate wanderers drawn to the team – and to each other – by a shared goal: survival.

The 13-episode first season is currently in production in Spokane, WA.