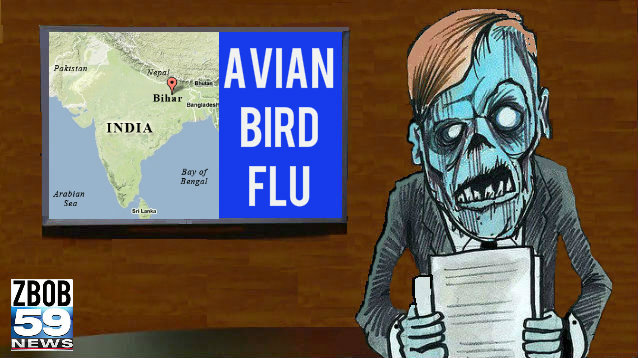 Patna, March 11: More than 2,000 chickens were culled and a large quantity of eggs destroyed in Bihar's Purnea district in the last 24 hours following an outbreak of avian flu, officials said Monday.
Purnea District Magistrate Manish Verma said bird flu was detected last week.
"More birds would be culled as a precautionary step. The administration had issued bird flu alert as a preventive measure. We are fully prepared to deal with an outbreak," the district magistrate said.
An official of the animal husbandry department said the state government had also alerted neighbouring districts of Kishanganj, Katihar and Araria, and asked concerned officials to take emergency measures in view of the bird flu outbreak in Purnea.
Verma told IANS over telephone that kits, medicines and other material have been distributed to all medical centres for treatment of any patient suspected to be affected by bird flu.
"Till date, no case has been reported in the district," Verma said.
The district magistrate said 15 teams of officials have been formed to check the spread of bird flu and ensure that birds and eggs from the district were not sent outside Purnea.
Purnea is about 350 km from the state capital.
"All entries along the border of the district have been sealed and additional officials have been deployed to prevent traders from sending birds outside," an official said.
Purnea is a major supplier of chicken across Bihar; fowl and eggs from the district also find their way to markets in neighbouring West Bengal.