NEW POSTER FOR 'THE COLONY' 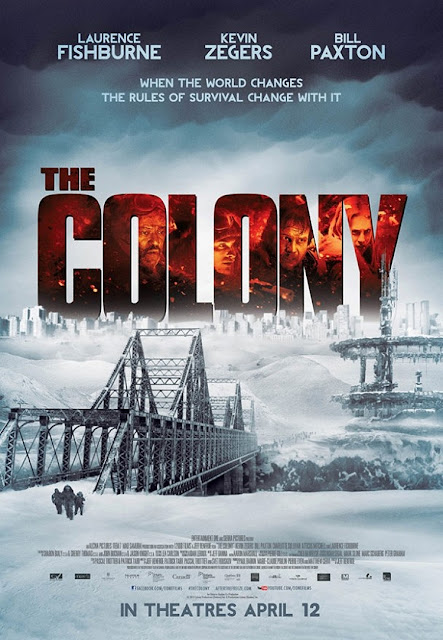 A new international one-sheet has arrived for Jeff Renfroe's new sci-fi thriller 'The Colony'. The Canadian project co-penned by Renfroe arrives in theatres across Canada next month from 12 April and deals with a group of colonists trying to survive amidst the next ice age. Laurence Fishburne ('Event Horizon'), Kevin Zegers and Bill Paxton ('A Simple Plan') all star and they're joined by Charlotte Sullivan, John Tench, Atticus Dean Mitchell, Dru Viergever and Romano Orzari.

"When Colony 7's leader Briggs (Laurence Fishburne) decides to lead an expedition to discover what happened, he is challenged by Mason (Bill Paxton), his former comrade-in-arms, who has his own ideas of what is best for the colonists. Briggs takes two volunteers on the mission, the young Graydon, and Sam (Kevin Zegers), a strong-willed mechanic who seizes the opportunity to confront the icy wasteland that orphaned him. When they reach their destination, the team discover a threat much worse than nature and must battle to save themselves and protect their fellow colonists in what might be humanity's last stand."

I get the impression that this is a '28 Days Later' rage zombie.