What Your favorite Type of Zombie Says About You 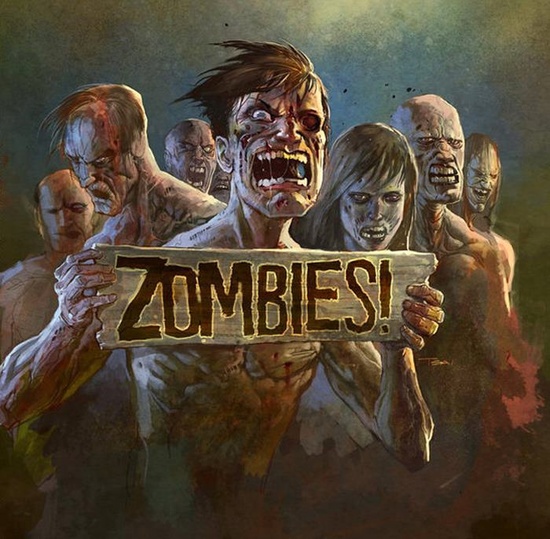 Zombies are everywhere right now! And while some of us might be feeling a little annoyed at society’s sudden embrace of the undead (we liked them back before they were cool, darnit! Zombie Hipsters unite!), we are thrilled at the fact that the surge in zombie popularity means there are so many different types of zombie fans out there. Which is why we created this friendly guide that explains what your favorite type of zombie says about you. Enjoy!
1) Fans of Walking Dead Zombie fans: The Serious Ones.
Of all the zombies out there in pop-culture, the Walking Dead Zombie is the most serious, and the sternest of the bunch. Staggering around Earth in search of human meat isn’t a hobby for them; it’s their livelihood.
What that says about you: You are just as serious in life as your fav zombies are in the afterlife. You take your job seriously, turn in all assignments on time, and always remember your girlfriend’s birthday. You are a mature person who doesn’t abide to the tomfoolery of others.
2) Fans of 28 Days Later Zombie Fans:  The Fanatics.
As any true zombie fan will tell you, the monsters in 28 Days Later are not legitimate zombies. Zombies are undead members of the community, the 28 Days Later ghouls are, in fact, still living people that have a disease that compels them to rip other humans to shreds.
Why is this scarier than true zombies? Because this could actually happen. According to modern science, dead cells can never be revitalized, especially dead brain cells. But! A disease that is similar to rabies only one hundred times worse and makes people act like zombies on steroids? Possible. Unlikely, but possible.
What that says about you: you’re the kind of person who does everything with ten times more intensity than the average guy. If you decide you want to take up biking as a hobby, within one week you’ll have the finest 10 speed bike in town and all the top cycling gear and attire. Because if you’re gonna do something, you’re going to do it for real.
3) Fans of Zombieland Zombies: Still Searching For an Identity
The Zombies in Zombieland seemed to have a hard time figuring out who they really are. Are they running zombies or slow zombies? Depends on the scene, really. Are they serious, terrifying zombies, or silly clowns of the undead? Again, depends on how their mood suits them. Don’t get us wrong, we love this movie with all our heart (Woody Harrelson is the John McClane of the undead) but they definitely seem to be lacking an identity.
What that says about you: You are still looking for yourself.  Many of your nights are spent thinking about the big questions.  Who am I? What is my purpose on this world? Do I like Wheat or white bread (Answer: white... it’s delicious)?
4) Fans of George Romero Zombies:  Good Natured With A Deep Layer Beneath the Surface
Good Ol’ George (also known as the Godfather of Ghouls) created the modern day zombie flicks with one intention in mind. Scare the audience, but make them think too. Night of the Living Dead was a scary look at the effects of the huge anti-communism Red Scare movement during the 50’s and 60’s. Dawn of the Dead made us examine our identity as shopping consumers, and Day of the Dead… that was about immigration, maybe?


What that says about you: You see a lot in this world that most don’t. You can’t help but wonder what the latest pop-culture craze or new technological achievement says about our sanity as a society. Also, you are always down for a good, old fashioned pie fight, preferably one where a motorcycle gang is involved.
5) Fans of Warm Bodies Zombies:  Hopeless Romantic
Warm Bodies was definitely a bit of a shock to most zombie purist. The main character was actually a zombie himself, which was a rather unique and cool twist. But then, he finds himself turning human whenever he comes in contact with a certain lady. He realizes that this must be the girl of his dreams, and that even though he’s undead, it doesn’t mean love is no longer possible.
What this says about you: You are not a zombie fan at all. You are a fan of shoe-horning cute little romantic stories where they don’t belong. Humans and zombies in love? Not cool, bro. Not cool at all. Next you’ll be asking for zombies to sparkle in the sunlight!
Which zombie are you?