FAN-FAVORITE PLANTS VS ZOMBIES CONQUERS YET ANOTHER MEDIUM: PvZ IS COMING TO FACEBOOK! 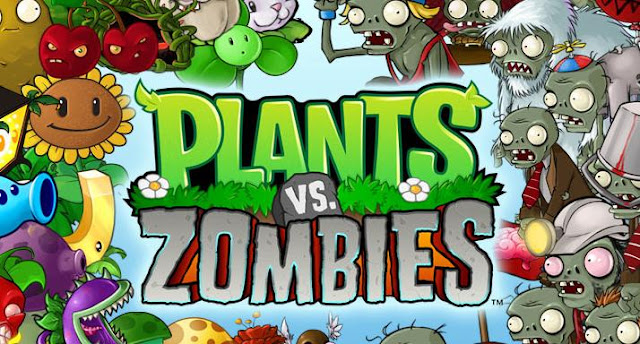 After a long time, PopCap is finally bringing Plants vs. Zombies to Facebook. This award-winning action-strategy game from PopCap is a favorite for many game players, and all of them including me, have been waiting a long time for the full version to come.
What will make the Facebook debut different from the original one is more adventure and fun. Unlike the current PC and mobile version, the social network game version will have the beloved formula from the classic version mixed up with new plants, new mechanics, and new social features. Technically speaking, it’s not just about the undead-fighting vegetable action. Players will motor home from waves of zombies, and the undead don’t just walk in a straight line this time. They will be more evil and follow paths that turn and twist, like in other tower-defense titles. And yes, players will have many more new plants like the Beet that beats zombies with these more complex attack patterns.

“Plants vs. Zombies Adventures is a highly accessible, zombie-zapping adaptation of the original game designed specifically for Facebook,” said Curt Bererton, head of PopCap’s San Francisco studio. “The game not only offers up exclusive new plants and zombies along with old favorites, it features all-new forms of zombie combat that will open PvZ to a whole new world.”
“We like to think we’re creating a brand new twist on the classic Plants vs. Zombies that is the most social, shareable and expansive Plants vs. Zombies experience ever.”

Another interesting feature in Plants vs. Zombies is to piss off (?) your friends, where you can visit your friends’ towns and send zombie attacks at certain buildings. If the undead infest any of the properties, that unit will stop producing resources.
Wow, that sounds fun!
“Plants vs. Zombies is perhaps one of the best casual games to come out during the 2000s,” says SiliconANGLE assistant editor Kyt Dotson. “It provided a tower-defense concept with a great deal of humor, good music, cute cartoonist graphics, and excellent gaming mechanics. It was easy to play, contained lots of strategy, and felt woefully under-hyped.” Dotson notes that Plants vs. Zombies came out in 2009 and it’s long overdue to have some sort of substantial sequel, DLC, or any sort of expansion of the game.
A bit of skepticism does still exist in the audience, however, as EA–having been awarded Worst Company in America for 2012–bought PopCap in 2011. After debacles such as SimCity‘s servers and the fundamentally-failed DRM always-on attempt and other reasons to be concerned about how EA treats their customers and acts as custodians to their products having PvZ under EA’s umbra seemed doom for the title.
Talking about the monetization strategy of PopCap, the game will have a town-building mechanic that allows players to upgrade various properties to earn new resources.
As of now, Plants vs. Zombies is available to a variety of different platforms like Android, iOS, Xbox and PlayStation 3, and of course PC. It due out in early summer, but PopCap didn’t provide any concrete details about the exact release. Let’s see how this SocialAngle works for this renowned game.